In this article (p. 17 "Contact" magazine) from the series (The Inner Sanctum is a kind of "inner kitchen" of snipers) sniper Jason Sample [may be a pseudonym] looks at the good old sniper training in combat shooting and analyzes it with positions why such training can lead to training for failure. 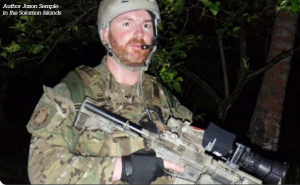 Only 85 minutes have passed since I left, but the sweat is already rolling down from me and I'm a little annoyed and angry with myself. I am on a stalking exercise with live ammunition and I have only 35 minutes left to take a position and fire one single shot in this time-tested exercise.

I am angry because I cannot find a position from which it will be difficult to find after my shot even the experienced eye of our instructor, who is constantly looking for me and my fellow snipers to evaluate our actions. Four snipers have already made their first shot blank. Which only adds to me more stress, which builds up quickly. 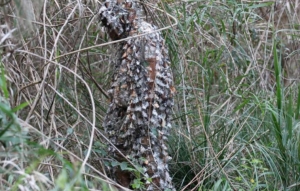 I am dressed in a very light camouflage suit with leaves for $ 380, which allows my body to "breathe" and maintain a normal temperature without overheating during my nomination to the position. The costume completely covers me, breaking the shape of a person and I can not worry about the smeared paint on my face due to the use of walkie-talkie or binoculars.
Typically, shooting after stalking is conducted from a distance of 100-150 meters, depending on the estimated requirements of the exercise. Today's has a limit of 120 minutes and the shooting position is allowed from 500 to 100 meters. Half of my fellow students move on the left side of the training ground, the other half on the right. The target is an enemy silhouette made of cardboard. At distances up to 200 meters, a shot to the head is required only, from 200 to 500 meters a shot to the center of the silhouette is permitted. In a game where all the money is put on a shot without detection, a wise sniper will try to take a position at the maximum allowed distance (closer to 500 meters). Some make their way really close, for this they do not add points - but the risk of being detected increases.

Therefore, from my point of view of the shooter, everything is simple: stay as far away from the target as possible. Why provide an opportunity for an experienced sniper to find himself in front of a target?

Laser rangefinders are not allowed, the distance should be determined only using a reticle or binoculars, as well as a known target height.

The rules for successful stalking are simple - use your time wisely, do not move to the side if you are not behind cover, find a small hole in the vegetation to send a bullet, make sure that you have several layers in front of you that are hiding you from the observer. If the depth is chosen correctly, then you cannot be noticed - all because of those layers hiding you on the terrain in front of you that merge with others that are behind you. 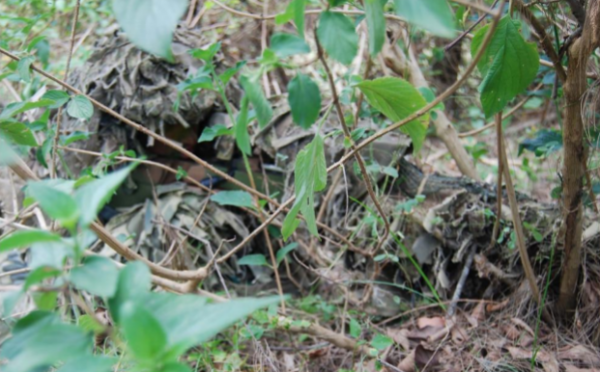 The guy who is looking out for us is sitting on a box of cartridges in front of the target. I can see how he is switching from his Steiner 7x50 military binoculars to the 20-60x optical tube, it is not aimed directly at me, so I can advance a bit to get to my chosen position.

Finally, after a tiring and careful stalking, I am in the chosen position. I found a patch about 460 meters from the observer and between us at least 175 meters of solid vegetation, which he should examine in detail - he has no chance! Although I also have a minus: my bullet should fly these 175 meters through a small window and not touch the vegetation. I carefully note the branches that can interfere with the trajectory and measure the distance between the two most dangerous grids of my binoculars, do a quick calculation - everything is in order, the bullet will pass between them without hitting. Our software allows you to calculate the required hole size right during the operation, just like in this case. 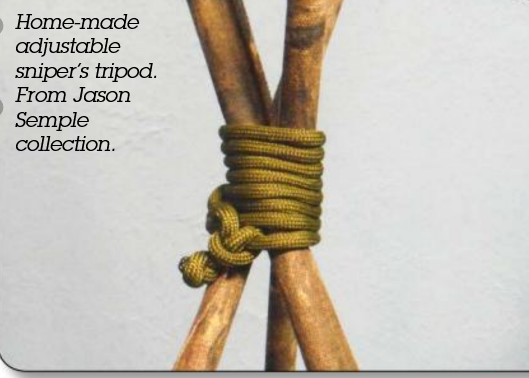 From my position I can only shoot while sitting, which is often used in operations in the forest, where bushes and other vegetation can cover the target. I have with me a tripod made of the three found sticks and tied with a paracord onto which I put a bag filled with rice [it’s been strange everyone has been using light plastic balls for a long time], then I’ll make my rifle on top and make sure that the position is stable and the height is sufficient.

At the beginning of the exercise, we were given two blank cartridges after firing which, provided that the observer did not find you and the walker recognizes the position as acceptable and safe for firing against other cadets, they will give me one live cartridge. After which the final phase will come in which everything depends only on my shooting.

After the first single shot, the whole area around me under a "microscope". The observer heard a shot and roughly determined the direction from which he was coming, and now all his attention is directed at finding me. But all in vain. He simply physically cannot see me in the time allotted to him, and they give me an order to produce a second blank shot. Now the observer is already looking for any movement of vegetation or the release of flames and gases from the muzzle trying to find my position.

Again in vain. He instructs the walker to walk 15 meters to my position and still cannot find me. The walker praises me a little: "Brother, he’s absolutely no chance. Good position. Is the window big enough for a combat shot? I see how much shrubbery is in front of you." I assure him that the window in the vegetation is sufficient for a shot. Well, how to say, I think so ...

The observer picks up a printed sheet of A4 format with the number 9 on it. This is to make sure that I have clear visual contact with the target. I transmit what I see on the radio. The observer dryly asks me: “Distance to the target?”, I give him the estimated distance of 460 meters, determined using the reticle.

The walker carefully inspects the terrain along the proposed trajectory of the bullet to make sure that nobody is there. After his command, the observer leaves his place in front of the target and they give me a combat .308 cartridge with 175 granular bullet. "Charge the store" - the walker commands me. "Aiming point?" he continues, correcting the electronic pelters. I am a little overconfident at 460 meters and reply: "Head." He chuckles at the reaction of the observers when they recognize my aiming point from 460 meters.
"To all the callsign, Sierra 5 fires a shot, freeze!"
"Sierra 5, charge the cartridge and fire a shot." 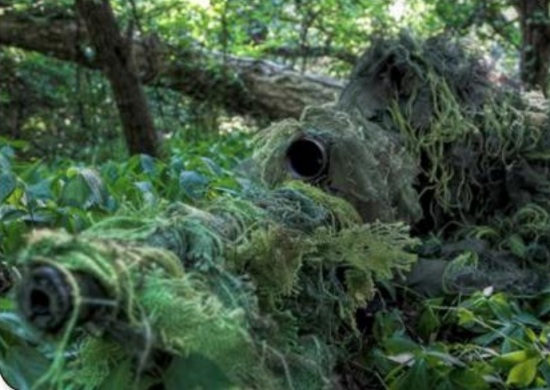 A small piece of fabric in front of my sight sways slightly from the wind blowing to the right, so I take it slightly to the right of the target making the necessary correction. The target is clearly visible in my sight, the distance is not particularly difficult, but in the sitting position you need to make sure that it is stable enough before firing. I easily pull the trigger and in an instant all my hard work is hanging in the air: success or failure?

I am pleased with the release of the hook - a familiar pleasant sensation is always a good sign of an accurate shot.

I unload the rifle, the walker makes sure that the chamber and the magazine are empty, and instructs the observer to check the target - hit or miss?
"Sierra 5, hitting the right cheekbone of the target’s head. Good shooting."

I am ordered to move 15 meters from my position to check if I will be noticeable when I leave. Success. I have an emotional upsurge from the fact that you are defeating someone with much more experience than you and it gives great pleasure. In truth, if you do all the simple things correctly, then you are almost impossible to notice. This is a type of art form.