The Multicam camouflage and the Crye Precision at the end of the day are stable with the “modern” and the “new school”. Дум The board is wider, having made camouflage just in 2009-2010.

Cordially, in the form of trophies in the history of the most popular camouflage in the svіtі, i kompanії, scho became Gucci svitu sporizhennya odyagu.

Why do I know the people of the field?

Crye Associates was captured in 2000 by comrades - Caleb Territory and Gregg Thompson. Pіznіshhe before them came two more osib. You can talk all the time, as a yak hob, it is possible to borrow at a regular hour, and from a razrahunka about those who need to spend a lot of time, and not try it out. 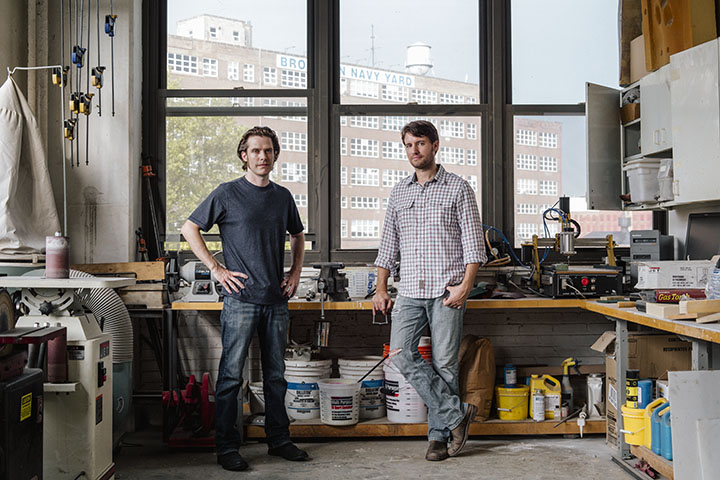 Caleb Territory zakіnchiv School Mystetstva in 1997 rotsі, і pratsyuvav designer, but nezadovgo until 11 September the next vir_shivuyu constructions were arranged for United States of America.
Gregg Thompson, at that time, finished and painted the store for the sculptors, and made it up to his comrade.

Taking over at once Caleb Edge, Gregg Thompson, Yerik Felberg and Karen Chen conducted a brainstorming attack and figured out who could find the most successful service. At the top of the list, the usernames of cars and carts in the USA appeared.

With a viroma perforated, with the command of the CA team onboarding a varietal computer system, I’m going to choose a roshyun i amended when I’ve made a copy of my apprentice. However, Dani Virb has not been asked for anything, and the contract has not been canceled. Ale was fastened to himself by respecting the cone to the Pentagon, it was good for me in May. 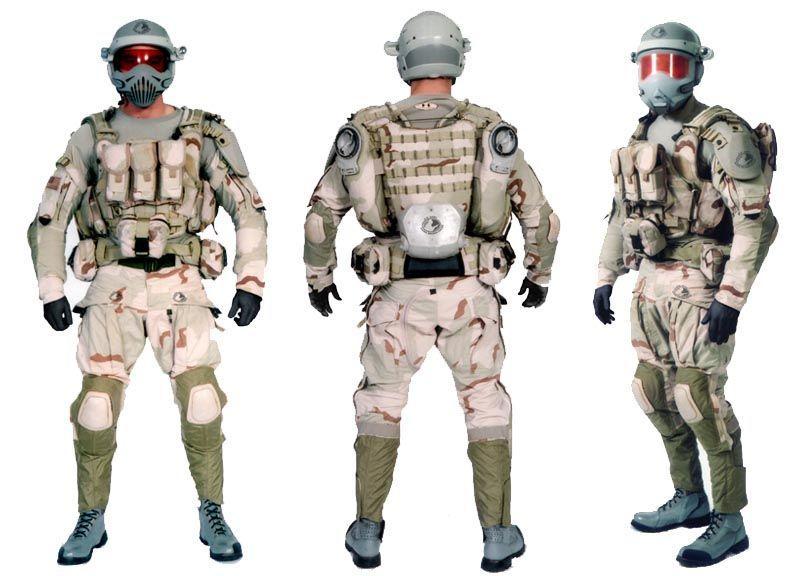 One of the first options is the Objective Force Warrior from Crye Associates.

"This was our first job for the Army, and we wanted to act in all its glory."

The attack on September 11th was just in the middle of their workflow over the helmet. The next war in Afghanistan and Iraq imposed more serious requirements for the work of Crye Associates. 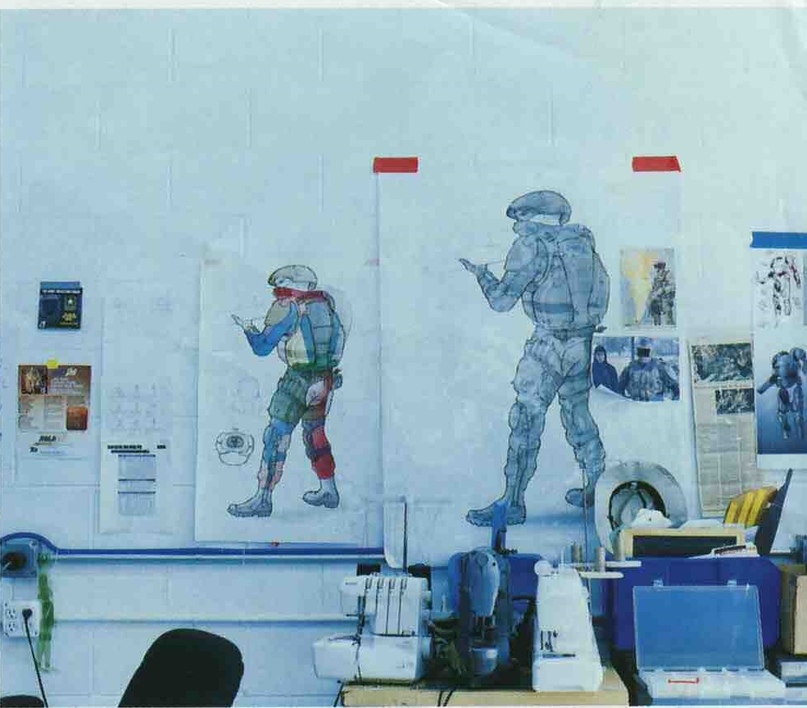 Concept-arts OFW on the walls of the workshop Crye Associates.

In the same year, the results of CA work were presented in the Objective Force Warrior, a prototype of Future Force Warrior.
Crye Associates introduced the work on a new uniform cut, a modular vest and helmet concept.

They worked together with such firms as Juggernaut Defense and Artisent. The latter is the parent company of Ops Core.

Conceptual helmet, the result of joint work by Crye Associates and Artisent. In the future, Artsent will have its subsidiary OPS Core. From this concept grew the helmet FAST and Air Frame, active RAC headphones and a fashion hanging rails on a helmet.

In the process of working on OFW, Crye Associates talked a lot with the special forces. This has affected the future direction of the CA / CP, as Thompson explained: "They have specific requirements and they share the opinion. The guys said that they really want our equipment, but we did not have production capacities and we could not even answer when the equipment would be available. "
Edge and Thompson decided to take a risk and take on not only the design but also the production of equipment, so in 2002, Crye Precision was born.

Conceptual body armor from Crye Associates, later called Chassis. It was thanks to this concept that the AVS system was born.

This decision caused a number of problems. Under US law, all textile manufacturing contracts under the Department of Defense must be made in the United States.
"Every clasp, latch, even fabric and foam should be carried out in the United States," Thompson was worried.

In the same year in the Pentagon, Natic ​​Labs introduced the Objective Force Warrior kit in a new camouflage color scheme.
Before this kit was presented in tri-color desert`e.
This camouflage was created by joint efforts of Natic ​​Lab`s and Crye Associates and was named Scorpion. Scorpion was part of the OFW program and the project to create a universal camouflage for the Army. 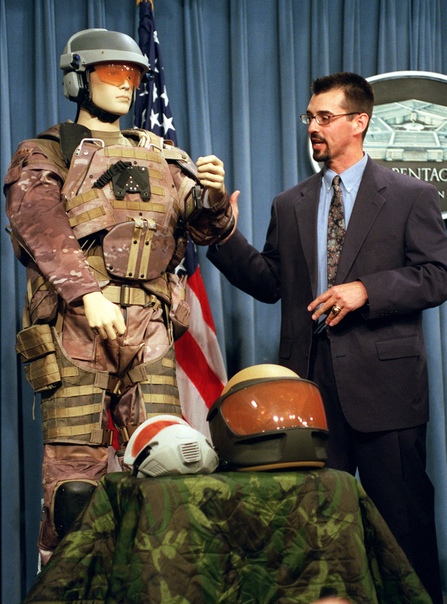 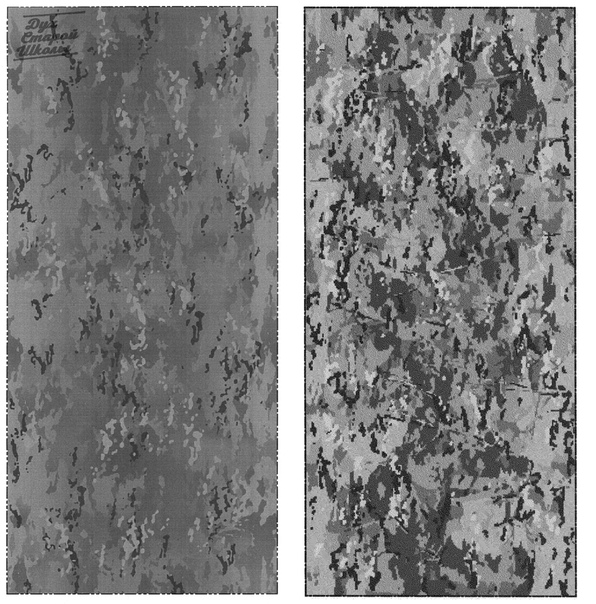 The Natic Lab`s representative demonstrates the results of the Objective Force Soldier project at the Pentagon. Prototypes are presented in Camouflage Scorpion. Photo dated 2002 year. Screenshots taken from patents for camouflage pattern. To the left is Scorpion, to the right of Multicam.

Scorpion used "analog" camouflage as opposed to the growing fashion on pixel drawings. The color scheme consisted of six colors that was larger than Woodland`a and tri-color desert, but it was not a major innovation, as the US Air Force had already used the Chocolate Chip camouflage aka Six-color desert, which also had six colors in the color scheme. However, the density of the picture was higher and more difficult than the predecessors.

From 2002 to 2004, a number of tests and tests of camouflage paints under the program of receiving universal camouflage by the Army. During these tests, Scorpion is steadily gaining good marks and outstripping its competitors from among the new drawings. However, when it comes to numbers, it turns out that the Six-colored complex picture of the banal roads in production and the victory is awarded to the outsider test - UCP.
The reason for the victory is simple-at UCP, only three colors and a fashionable pixel drawing, fully copied from MARPAT`a, which in turn is copied from CADPAT.

Lost squashed the guys from Crye Associates, but they did not drop their hands. Taking as their basis Scorpion, they completed it by adding vertical spots and another color. Having claimed the picture, they called it Multicam, apparently referring to its origins - a project to create a universal camouflage.

Justice triumphed, UCP was badly accepted by the Army. If under conditions of urban development of Iraq and mountainous terrain of Afghanistan, he worked almost properly, then on the slopes, valleys and other areas, he clearly gave up positions. Even the jokes were about that he was truly universal - universally bad everywhere. At the same time, CA / CP continued to collaborate with the guys from the special units, and in the photos you can see the CAG operators in the Multicam camouflage.

Multicam has gradually won the hearts, in 2005, after the regular tests, it was confirmed that UCP is much less camouflaged than Multicam. This color also drew the attention of the Ministry of Defense of Great Britain and Australia. Later, the CA adapted the picture for their needs. So the color of the MTP (multi terrain pattern) and AMCU (Australian Multicam Camouflage Uniform) were born.
Having received positive reviews from the "ground", SOCOM seems to have bought Multicam for its divisions. Thus in photos from 2008 you can already find operatives of special units wearing uniforms and items of equipment at Multicam.
By 2009, this became a massive character

Objective Force Warrior in Scorpion. Photo dated 2003 year.
Thus, Caleb Kray and Gregg Thompson, as it is fashionable now to speak in runet, turned the game over. The artist and sculptor who did not serve in the armed forces knew better what the soldiers needed than the trained gray-haired generals. Caleb and Gregg created camouflage and uniforms that became the most popular, recognizable and used throughout the world. Now there is no firm that would not produce its variation of Multicam and Combat Suit. 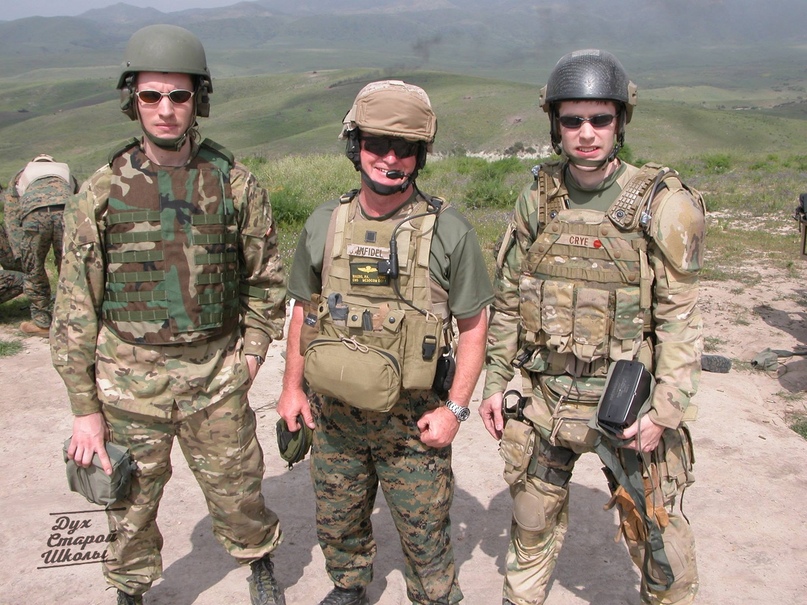 A classic American story about how the two boys started hobbies in the subsidiary premises of the Chelsea Marketplace, and have grown into a multi-million dollar company known throughout the world and produces high-tech products. I did not have a radio comparing Crye Precision with Gucci.

It's faster Apple, from the world of a militarist.